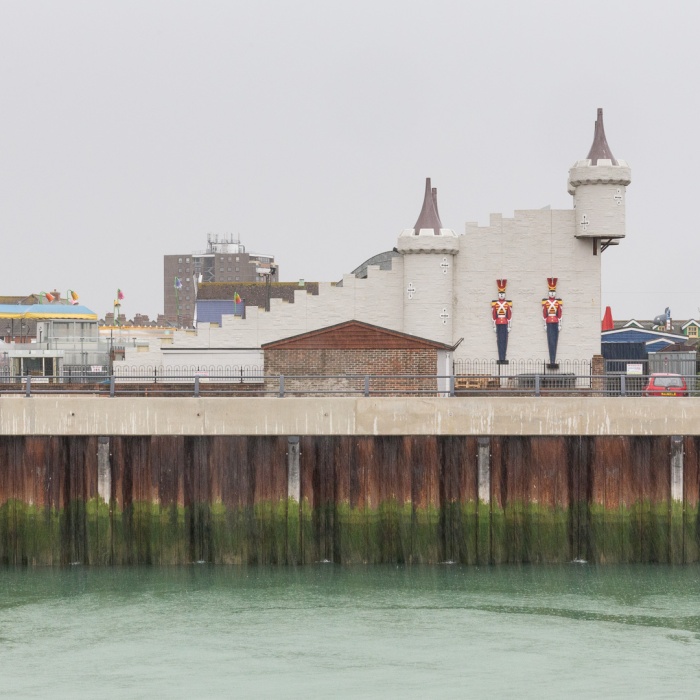 Rain falls so insistently the geese stand with their bills tucked under their wings. Moments later I’m startled by a lighting flash and immediate thunder clap that sounds overhead – the rain dial is upped to monsoon. 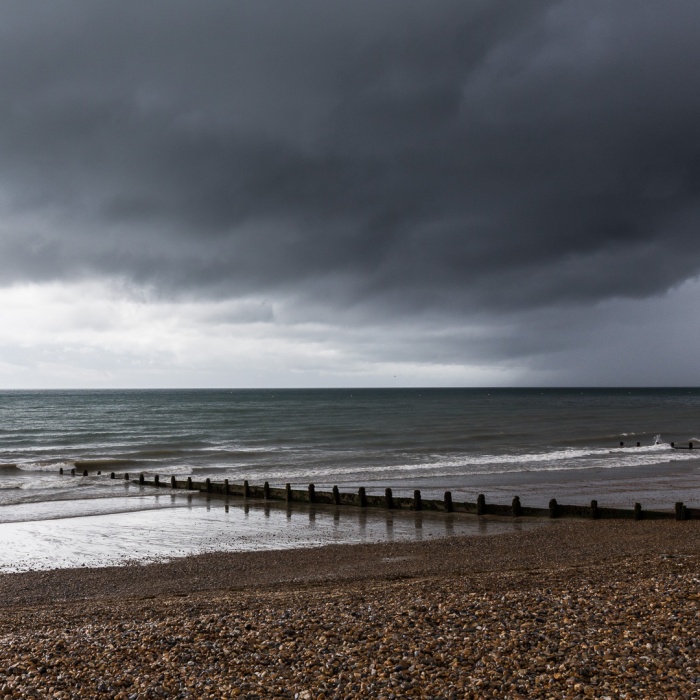 Milky landscape – despite the weather feel happy to walk along along the strip of sand at the edge of the waves. Sky, land and sea – everything is water.

Hours of rain walking later I pause in the Bait House cafe in Felpham and feel embarrassed that they had to mop after me to prevent other customers slipping after all the rain sloughed off me into the floor. The waiter in the cafe says sometimes the flood is so bad everyone’s fish ponds overflow – “There’s carp in our river and everyone tries to catch it”

The storm clears momentarily which makes for just the kind of inky skied photography that I hope for during these storms.

Butlin’s a huge warehouse fenced off from sea – more prison camp than holiday camp from this side. The water flume has a disconcertingly rusty industrial quality.

The British after a break in torrential rain are like the Viet Cong after a napalm strike – the holiday makers emerge on mass the instant the rain stops. Unconquerable promenading, drinking tea and talking about the weather.

Beach on the beach offers a rather sorrowful man-made rectangle of sand on the shingle in Bognor. Further along Vision nightclub on the pier is festooned with cctv eyes. 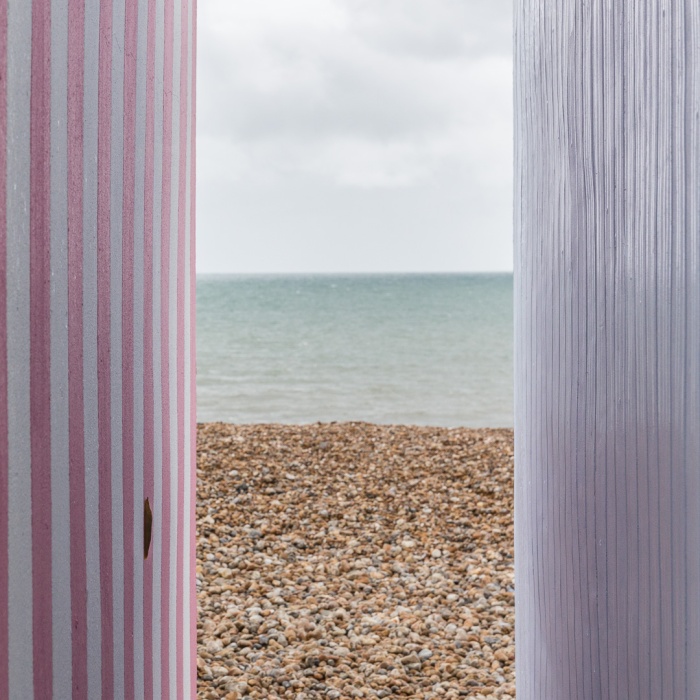 “Oi Luv, look there’s a walley trolley here” – a man points at the land train sign on the water front. 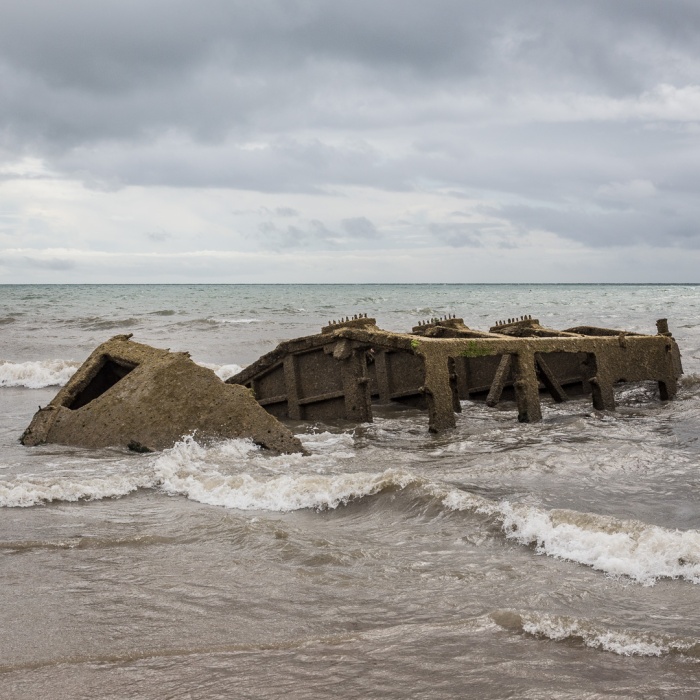 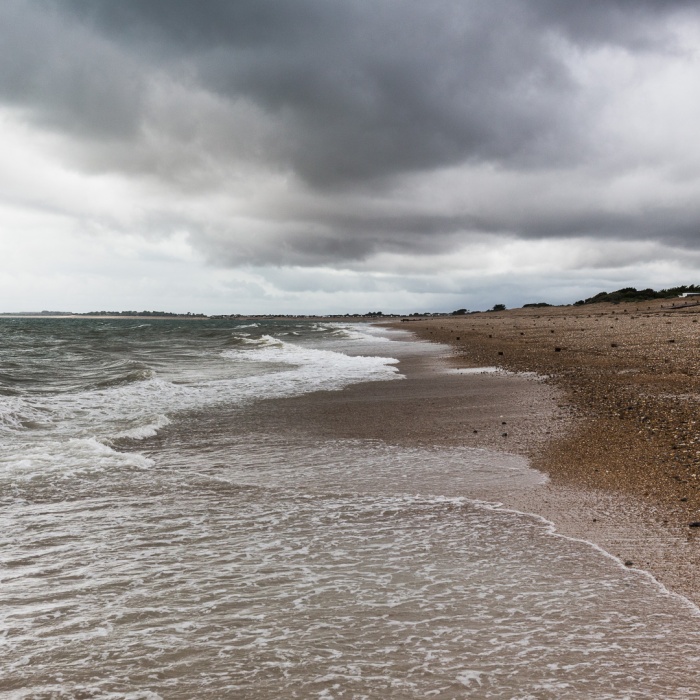 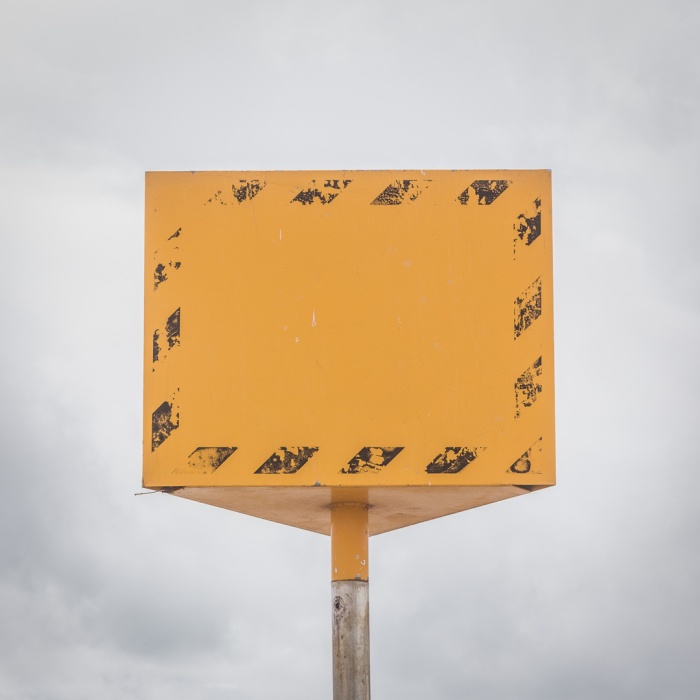 Saltmarsh landscape of Pagham Harbour a welcome and more sheltered change even though requiring an 8 Km detour. Very slippery path around that would be underwater at high tide, generously scattered with baby crab shells.

The only food I find to buy in the pub at Pagham was a packet of peanuts but times like this the chemistry of the food turning to energy is so tangible and I march on reinvigorated. 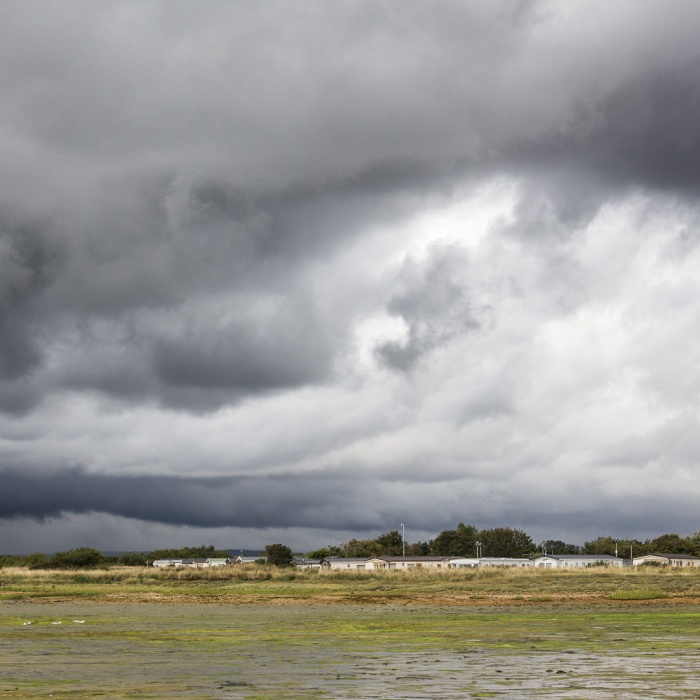 A deer close enough to see the texture of its coat stares at me momentarily. Oak tree groaning with acorns overhangs the salt marshland provides momentary shelter from the rain.

Large graveyard at Norton priory with many recent burials. “DAD” spelt out in a white floral tribute at the foot of the freshest.

Store in Selsey has a hand written note on the till –
‘No Top/Shirt No Service’.
“Lots of naked people in here?” I ask
“Oh, we get all sorts”