Are you the photographer that photographs life boat stations? asks a dog walker. You see my daughter is a photographer and she wrote to the man photographing all the Life Boat stations as this one is about to get pulled down.

I had to disappoint that sometimes I photograph other things but was interested to learn that this landmark of the coast would soon be a memory. It’s very much working today and a sturdy man pushes a trolley of life vests along the gangway. 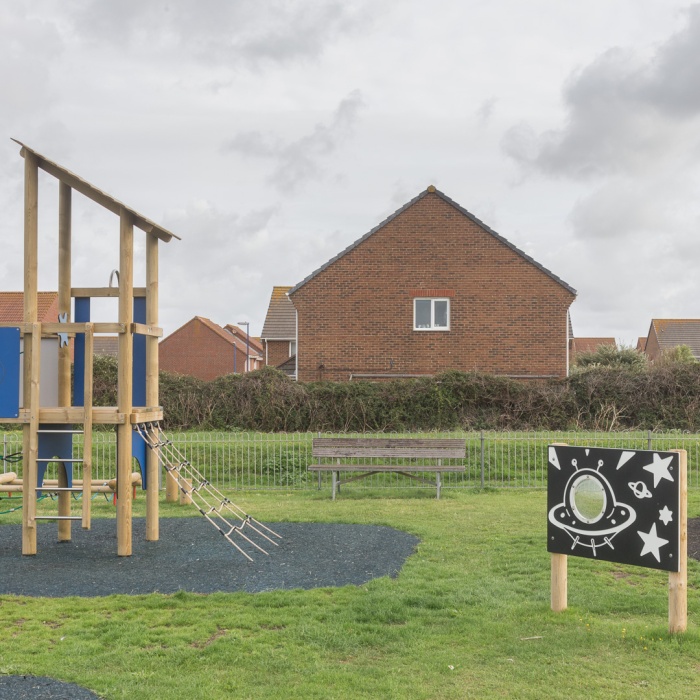 A group of birdwatchers stand grimly in the blustery wind, their scopes trained on a featureless grey sea. Are there any female bird watchers?

Rounding Selsey Bill a spot of sun picks out white cliffs on the Isle of Wight, I’m excited as the island marks real progress along the south coast and entering the solent heralds a whole new environment and a new county, Hampshire around the corner. 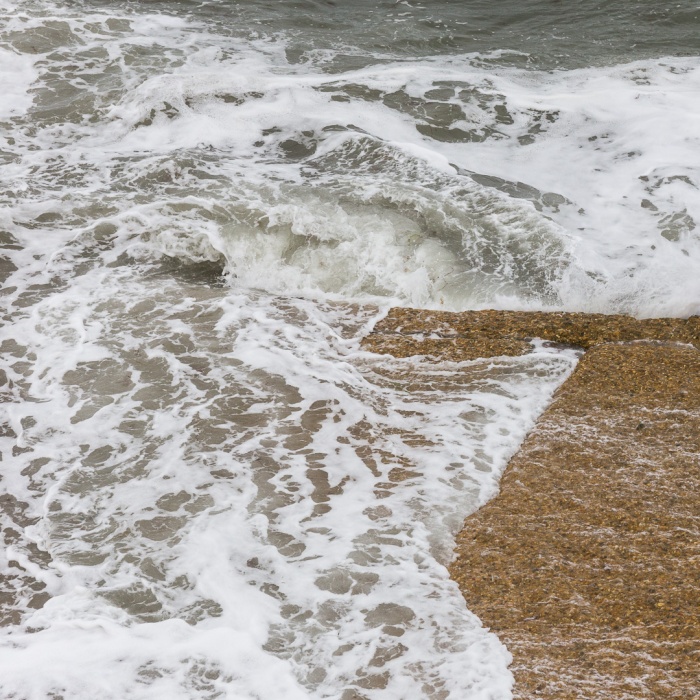 Discarded Union Jack pants in the shingle. Car park full of couples in cars staring out into the void. Try to follow the shore but forced inland by private frontages and treacherous concrete sea walls.

Copper topped windmill at Medmerry shares the landscape with a giant fibre glass apple with a fairground ride passing through it – I can’t see the train but assume it’s shaped like a caterpillar.

At West Sands caravan park two little girls with matching pink tricycles and helmets say thank you politely to all the pedestrians on the pavement as they trundle past. A sign tells me I’m entering the ‘Medmerry managed realignment scheme’ which has ominous Stalinist overtones.

It’s been raining hard for a couple of hours and the only shelter in the lengthy detour around Medmerry is the handsome and dilapidated Marsh Barn in flint and brick. I ignore the No Entry sign keen to get out of the heavy rain and make a brew. Munching my provisions, sitting on a sack of seed in this ancient grain barn I feel connected to the foot powered travellers of the past. Buying a data bolt-on for my iPhone to keep in touch with the rest of the world, less so. The rain sheets down through the fingers of the burnt out door.

East Wittering is a long stretch of identical ugly bungalows with names like ‘Belle Plage’ and ‘Dropped Anchor’. The wind lashes and the sea froths white against a grey sky, kite surfers dance on the sea.

The increasingly tasteful and expensive houses are the first hint that West Wittering beach is charming. First  sand dunes of the walk, today the sand is firm from the rain and the beach deserted. Padlocks on the beach huts wrapped in shopping bags against the rust flap violently in the wind.

Hello’s of dog walkers starting to sound Radio Four again. Sandpipers strutting on the lush greens and oranges of the salt marsh. The path I’m following is a beautiful winding corridor of oak trees indispersed with simple wooden benches, this is a most alluring place even in the rain.

Chichester harbour has so many fingers of land that I’m tortuously tracing that I can see tomorrows walk 500m across the water. Gorge on rain washed blackberries at path side.

This is a place of double garages of tudor design, private tennis courts, herringbone brick and timber – all faux. Not a person stirs. Immense moneyed vulgarity which looks like taste from afar.

Through the window at Tidy street art studios a woman leans intently close to a small canvas, brush in hand, she’s alone but surrounded by dozens of other easels. 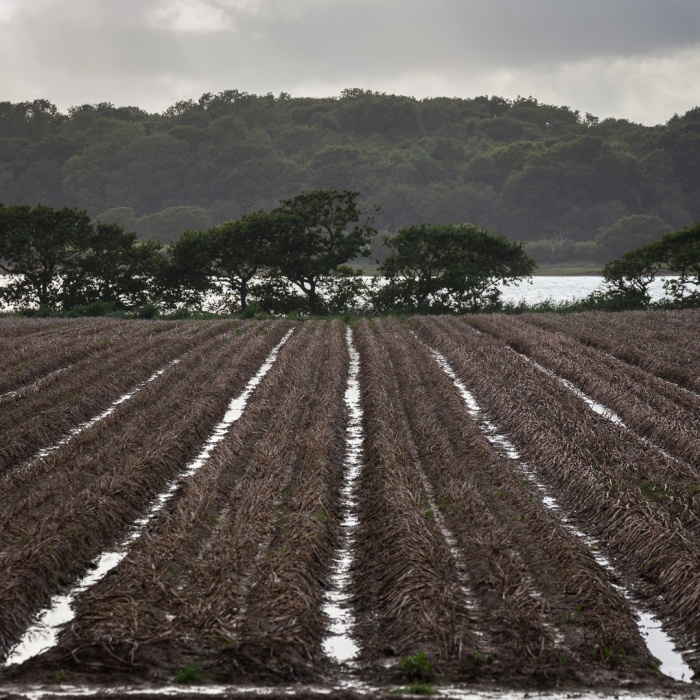 Wring out socks on a bench at Salters Marina, too weary to care for manners. Crossing a field I feel like a pilgrim as Chichester cathedral spire is illuminated momentarily.