A full moon guides my departure from Abbotsbury at 5.30am, thatched cottages and the ruined Abbey silhouetted against the bright night sky. The village doesn’t have street lights which adds to the Medieval atmosphere. Last night I’d eaten tripe and mash in the pub, the kind of place where everybody looks over when you walk in before being warmly greeted. 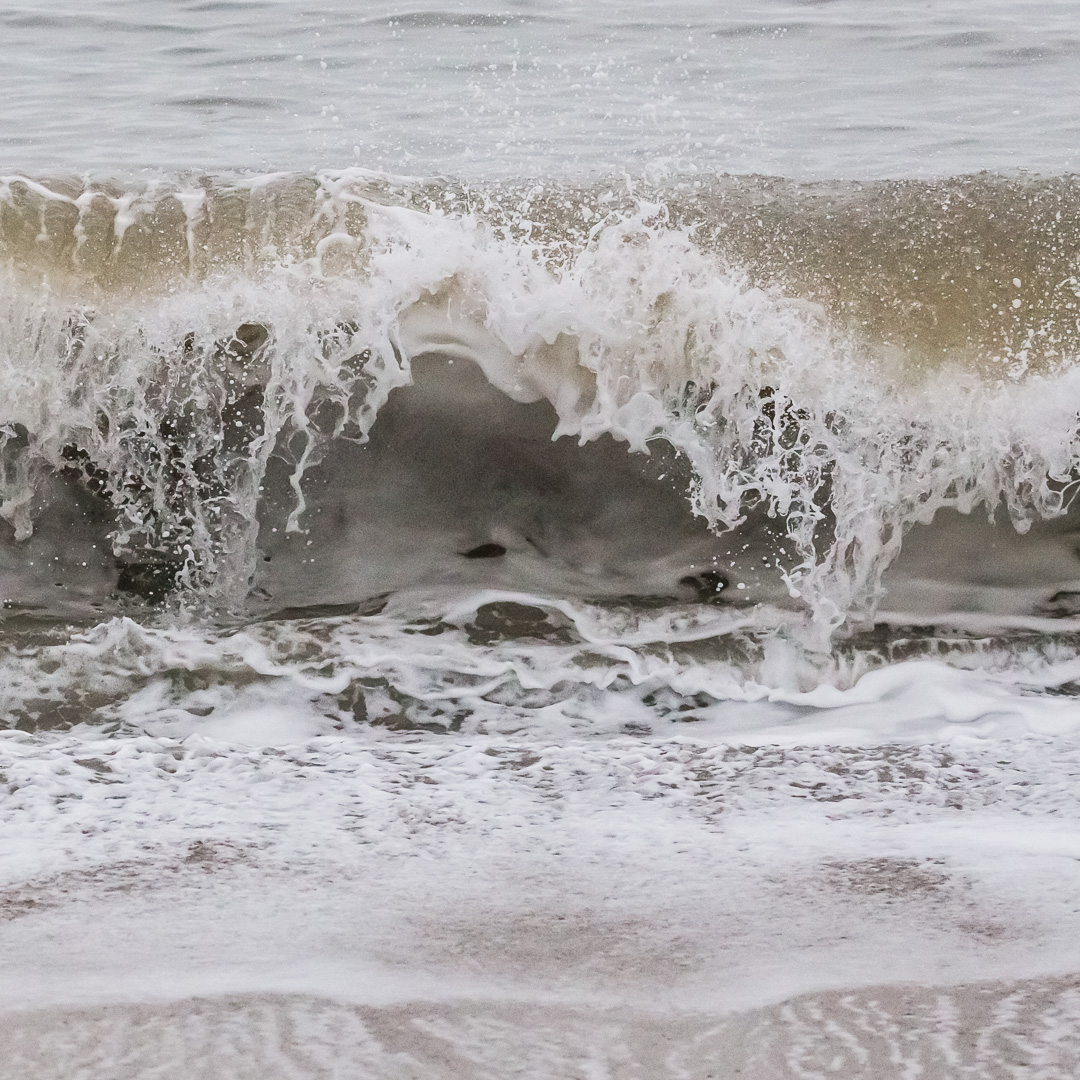 I’m reunited with Chesil Beach before hitting a tarmac road which feels like walking on a travelator after crunching along the tiny pebbles for a few kilometres. Imperceptibly the mighty Chesil melts into sand and low cliffs. A big mouthed dog runs over and bites at my trekking pole aggressively.

At West Bay Cafe full breakfast is £19, I opt for eggs on toast. Beside the latest Mamas & Papas travel system a sullen couple dig into their food wordlessly.

A cluster of women boxfit on the promenade. Two surveyors move along a breakwater a few steps at a time while holding their scanning pole like hi-viz wizards exorcising bad spirits.

Climbing these hills in the mist could be the mountains of Wales or the Lake District. Sheep sit in the mist Sphinx like and cows munch the lush grass audibly. “If you fancy one don’t be shy and give it a try” is improbably scrawled on a country gate with a mobile phone number. 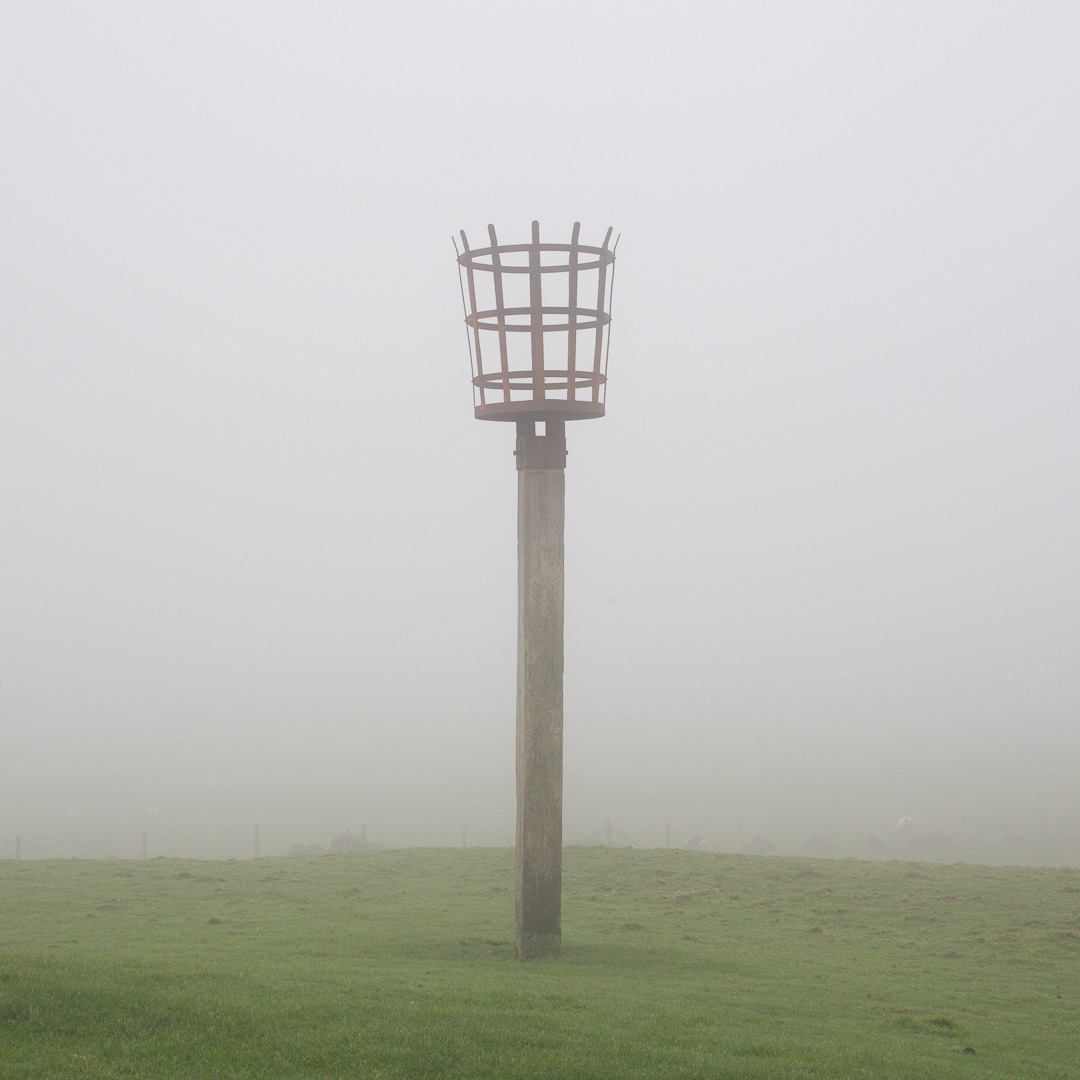 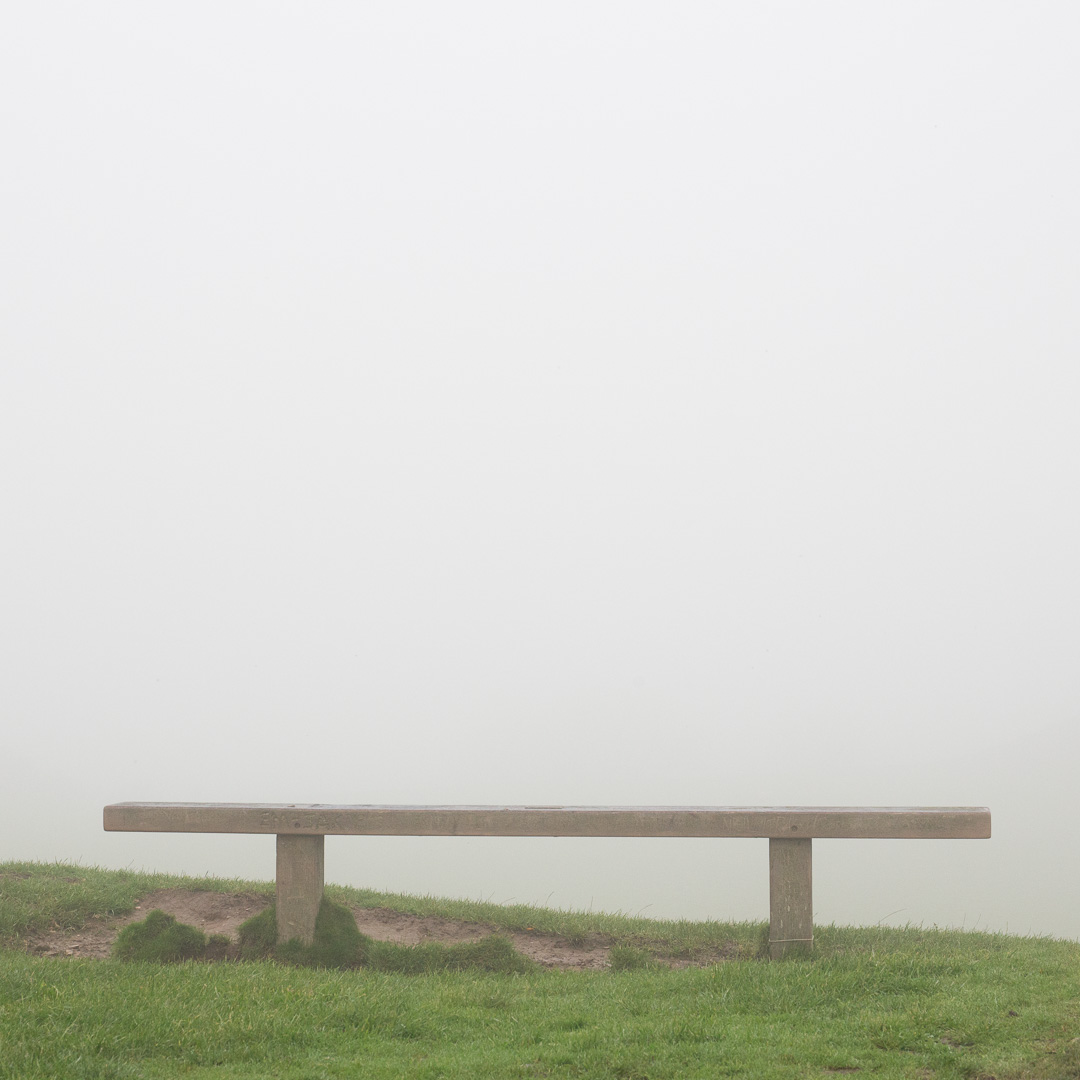 At Seatown I’m greeted with a sign announcing “There is no such thing as a dog poo fairy”. I change into my least crispy pair of socks in preparation for yet another stiff climb.

Even though it’s cloudy I can see right into South Devon from Golden Cap, the highest point on the South Coast. Velvety orange mushrooms poke out of the grass by the recently fallen cliff edge. 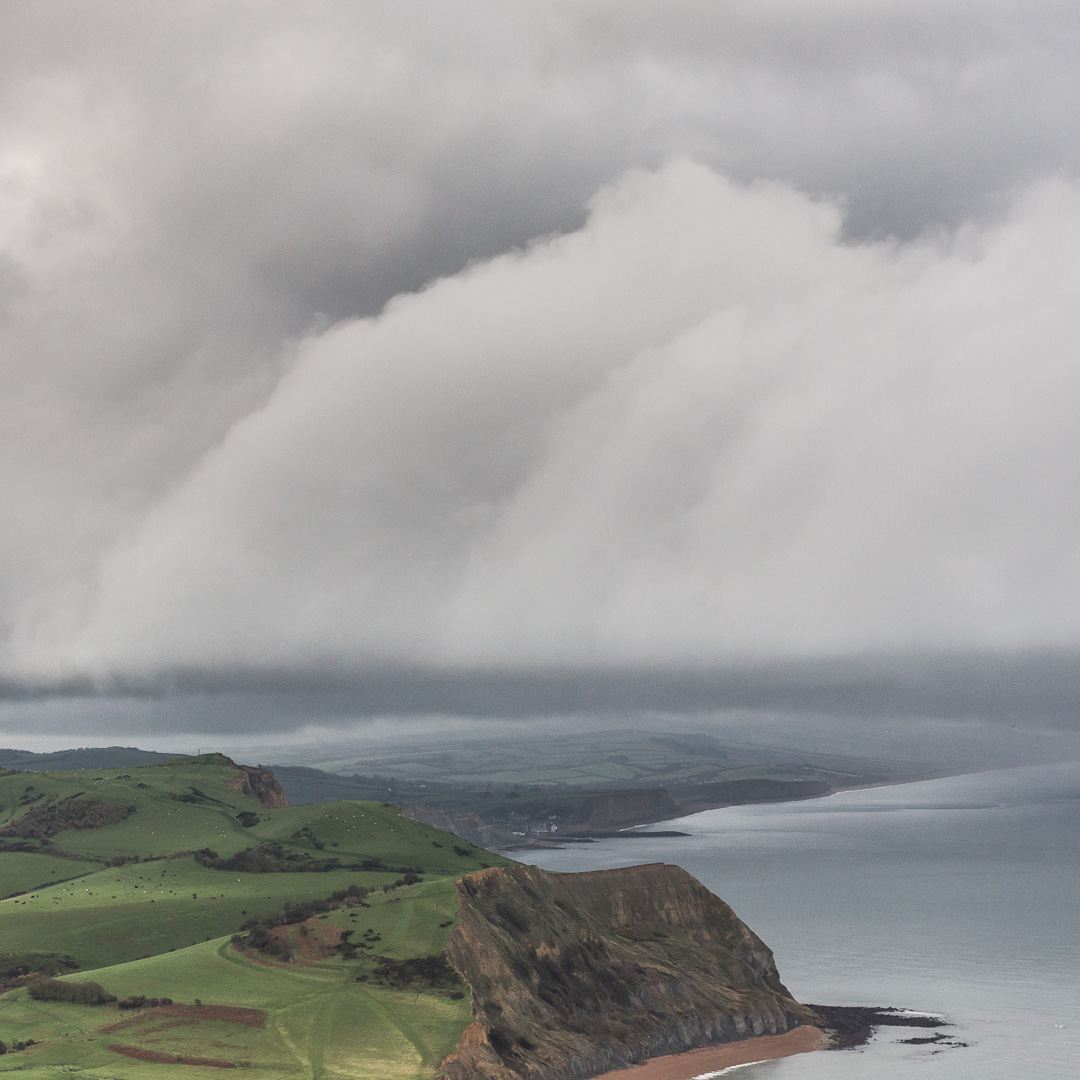 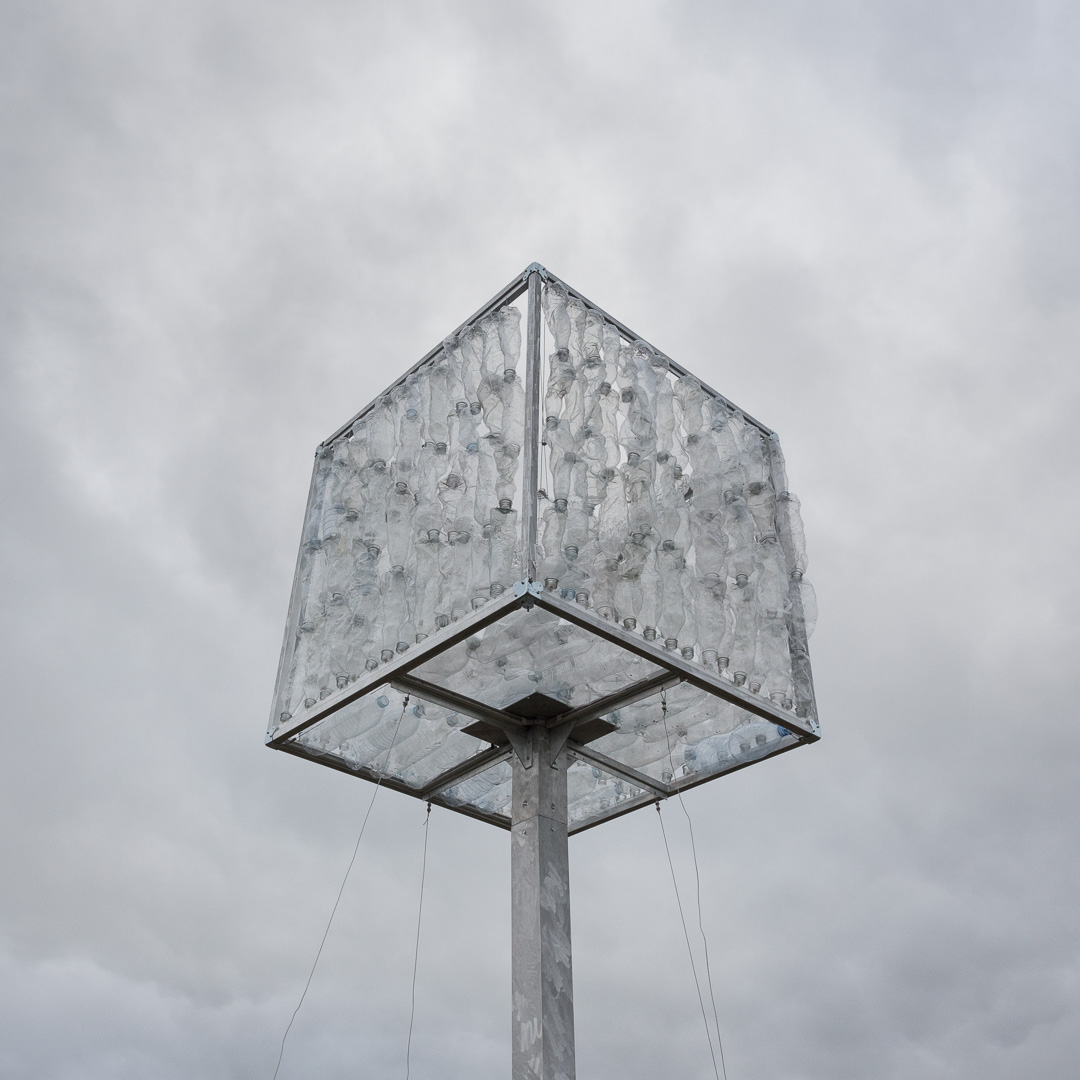 The coast path here has fallen into the sea and trying to avoid a lengthy inland road detour I make a number of abortive attempts to follow paths marked on the map down to the shore which I discover have similarly slid into the sea. 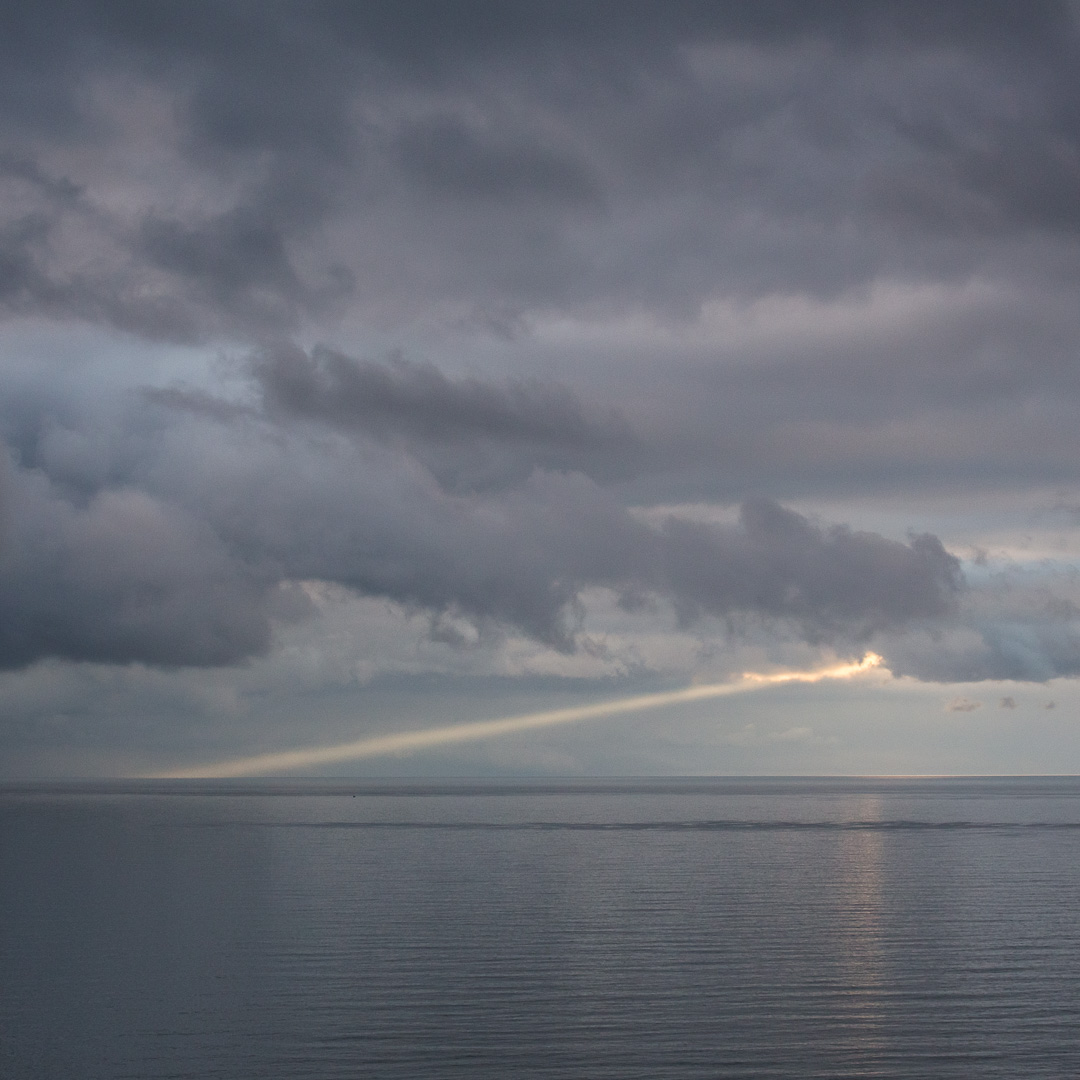