Above the pre-dawn landscape of Hooken undercliff the wind whistles over the cliffs forcing me to stagger like a drunk – seems appropriate for a place called Beer Head. Birds glide effortlessly overhead unaffected by the gusts. Peering into the hidden world of the undercliff with its forest canopy punctuated with pinnacles of rock and exotic bird calls I’m momentarily transported to the epic tone of the New Zealand landscape.

This is the eastern most chalk on the English coast that I’d first encountered far to the east in Kent. I relish the last view of this iconic milky rock that has been my companion for the previous few months. The path through the undercliff leads to an appealingly maverick collection of beach huts perched on the steep slope.

After Branscombe beach the landscape replaces white with red. Here the cliffs glow red with iron oxide. These rocks used to be a desert like modern-day Namibia which resonates for me as I’d spent six weeks camping near the Brandberg Mountain in Namibia a couple of years ago. The unique golden red hues of the rock as it catches the sun feels familiar. I almost find myself checking my footing for snakes and scorpions like in the Namibian desert. A rain shower quickly brings me back to geographical reality. The sea has a red pigment where the waves meet the shore. 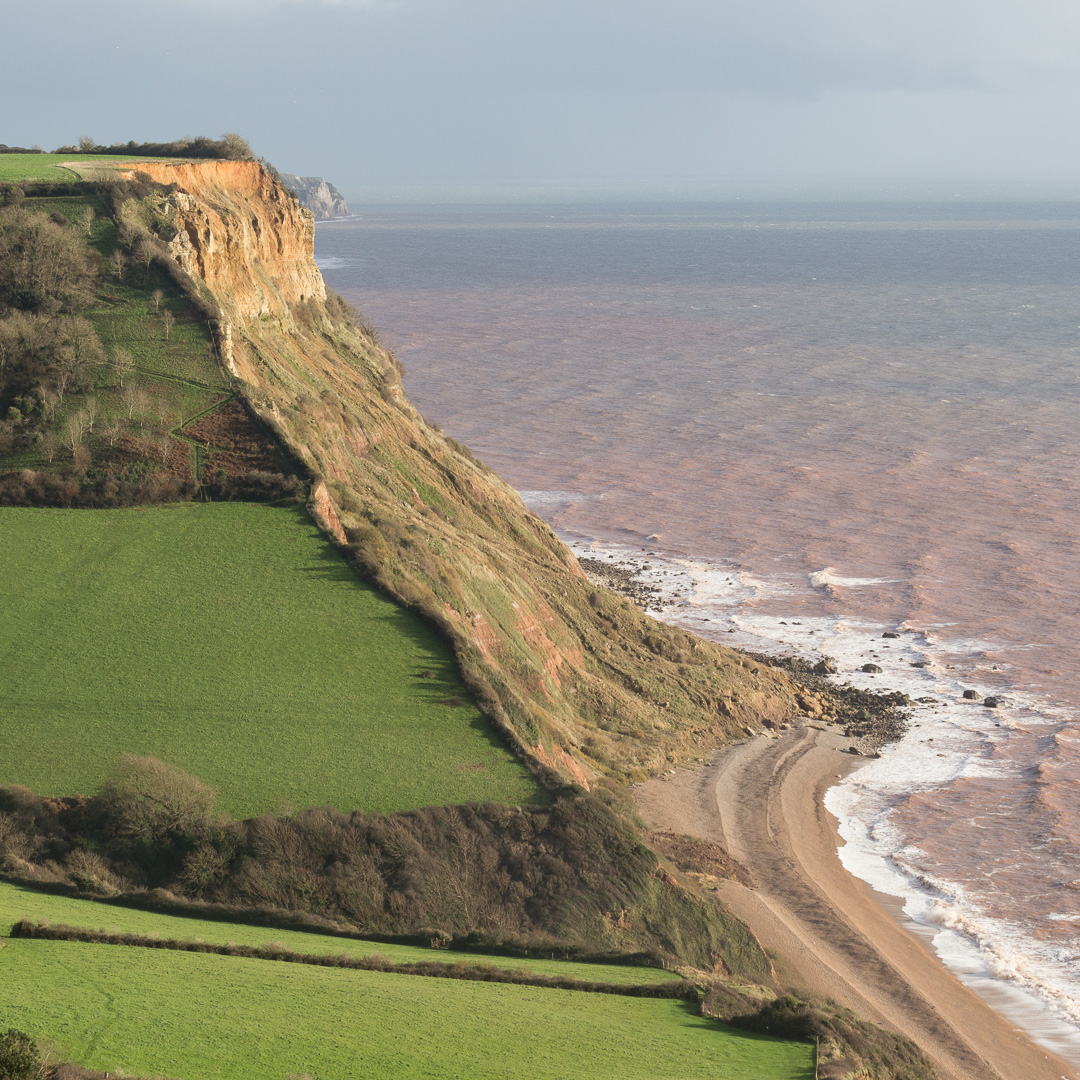 This is a steeply undulating landscape of ruined lime kilns and donkeys making for excellent and varied walking. The view suddenly disappears in waves of icy driven rain as a black weather front blows in from the sea, scrabbling for my rain suit – I’m reminded that this is actually winter. 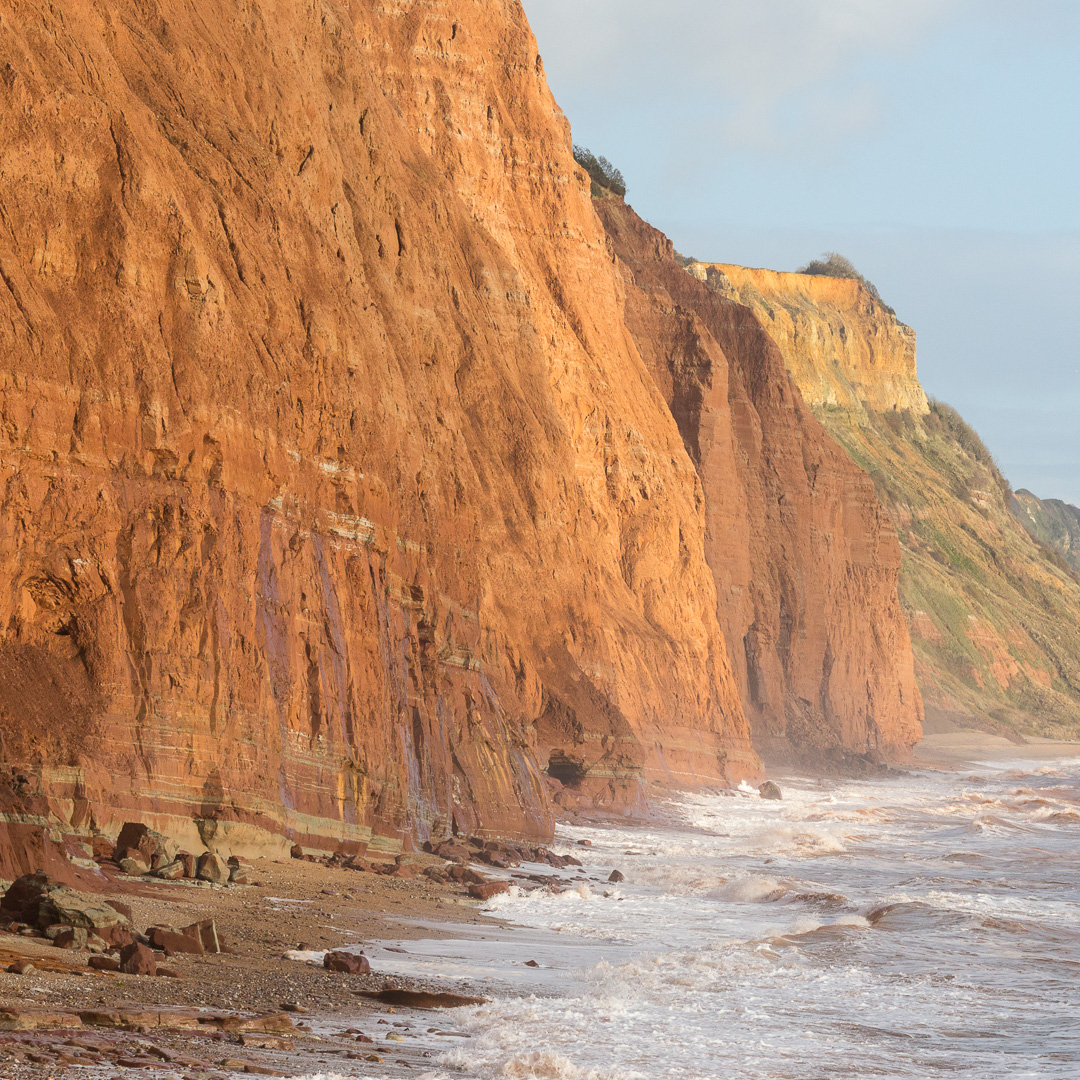 At Sidmouth breakwater I stare at a fence falling down the cliff above me. A bearded man with twinkling eyes suggests “If you photograph that you’ll win the Turner Prize.” He’s interested and knowledgable about art and photography and we have a concise and wide-ranging chat. I asked him where he’d recommended to eat. He points behind us and says “For something local you can’t beat, Sidmouth Trawlers’ Cabin just over there”

In the cabin they offer freshly caught Dab in a bap – perfect. I had to ask what Dab is not having heard of it before. “Are you fishing?” I’m asked while they gut the fish “It’s a walking stick,” I reply that it “looks a like a fishing rod when it’s folded up” Having displayed my total ignorance of fish species she must have thought I was the world’s worst fisherman. The meal is truly delicious and as I’m munching it a man rides past on a unicycle. 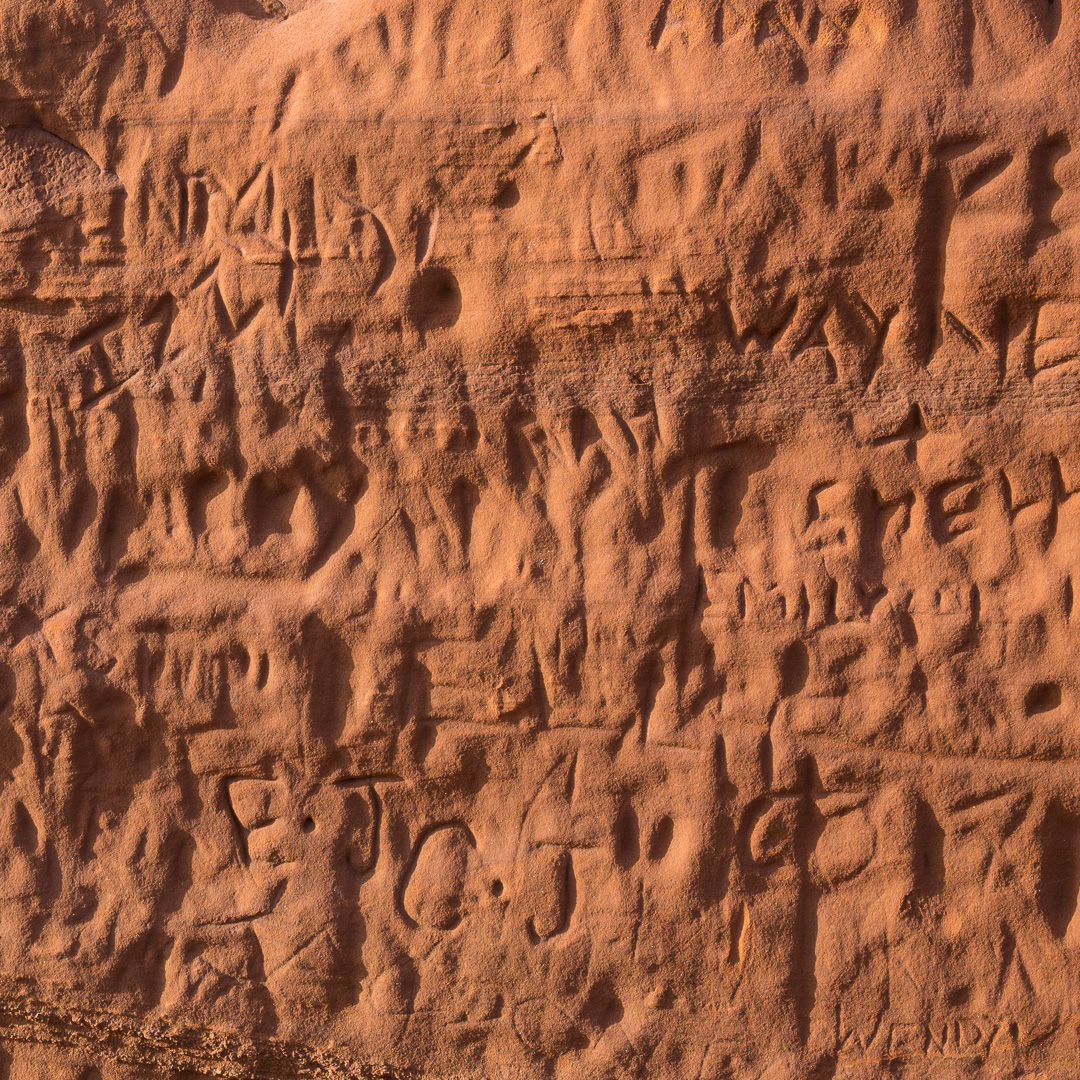 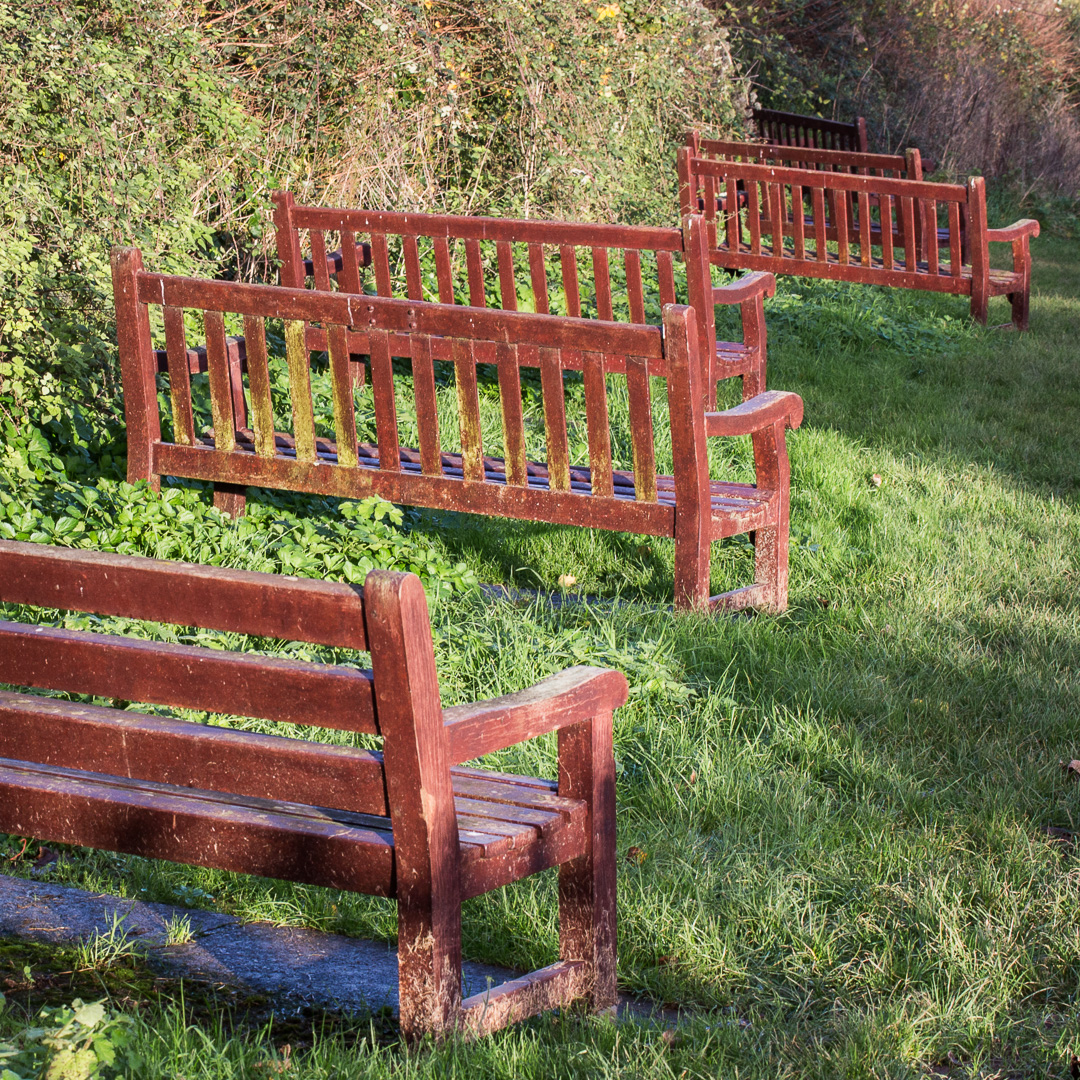 The steep grassy hill leaving Sidmouth has an extraordinary number of park benches. I imagine some kind of ‘Resplendent and Copious Public Seating’ trophy in the council offices. 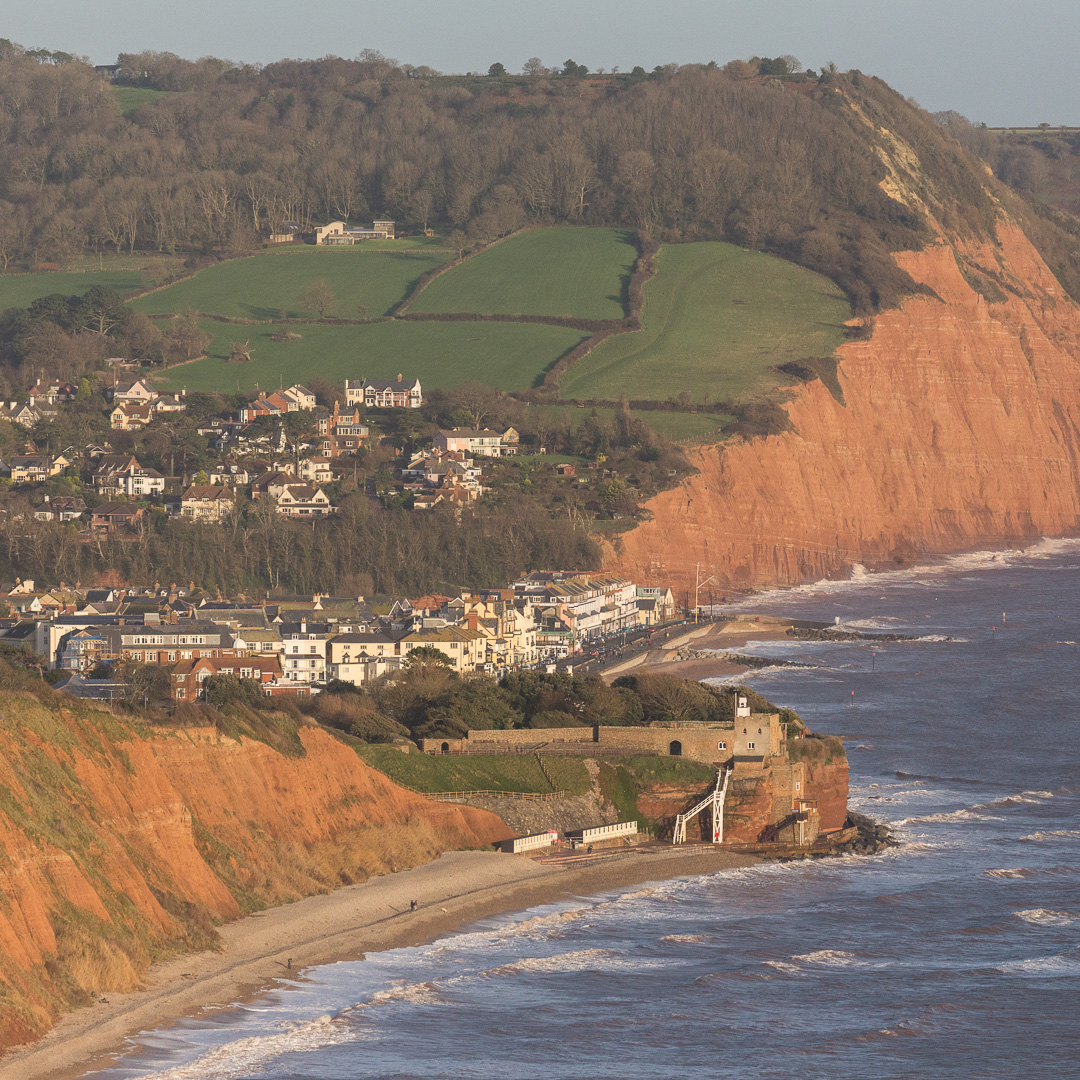 I shelter from a rain storm and cook dinner in what I think at first is an agricultural building but getting closer discover is a RAF concrete observation hut used during World War II to test new aircraft-mounted cannon and gun sights. I feel well and truly protected from the storm by the blast wall protecting the building. 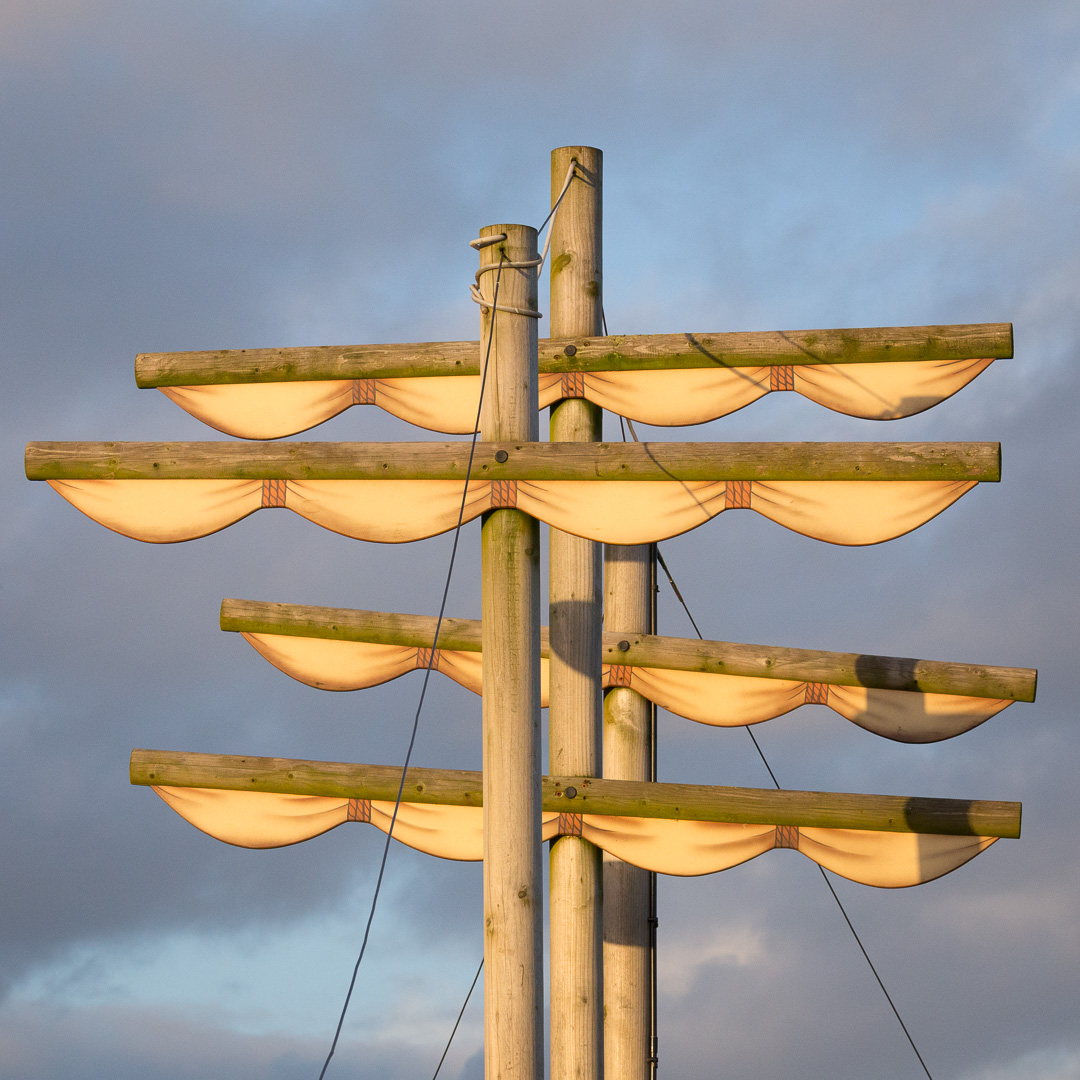 The plywood Pirate ship and fibreglass Triceratops are unnaturally silent without the screams of children in the caravan park. “Cliff top path provided by Ladram Bay Caravan Park”, I’m surprised they didn’t claim credit for the ocean and sky too. On this journey I’ve witnessed a mean-spiritedness in the management of caravan parks that while single handedly destroying the beauty and character of wherever they sit, rarely allow the pedestrian through their hallowed grounds.

The River Otter’s sensuous curve glints silver in the night screened by a row of twisted Pines. At length my torch beam picks out picnic tables through the rain rather than reeds and tree trunks marking the return to civilisation at Budleigh Salterton. 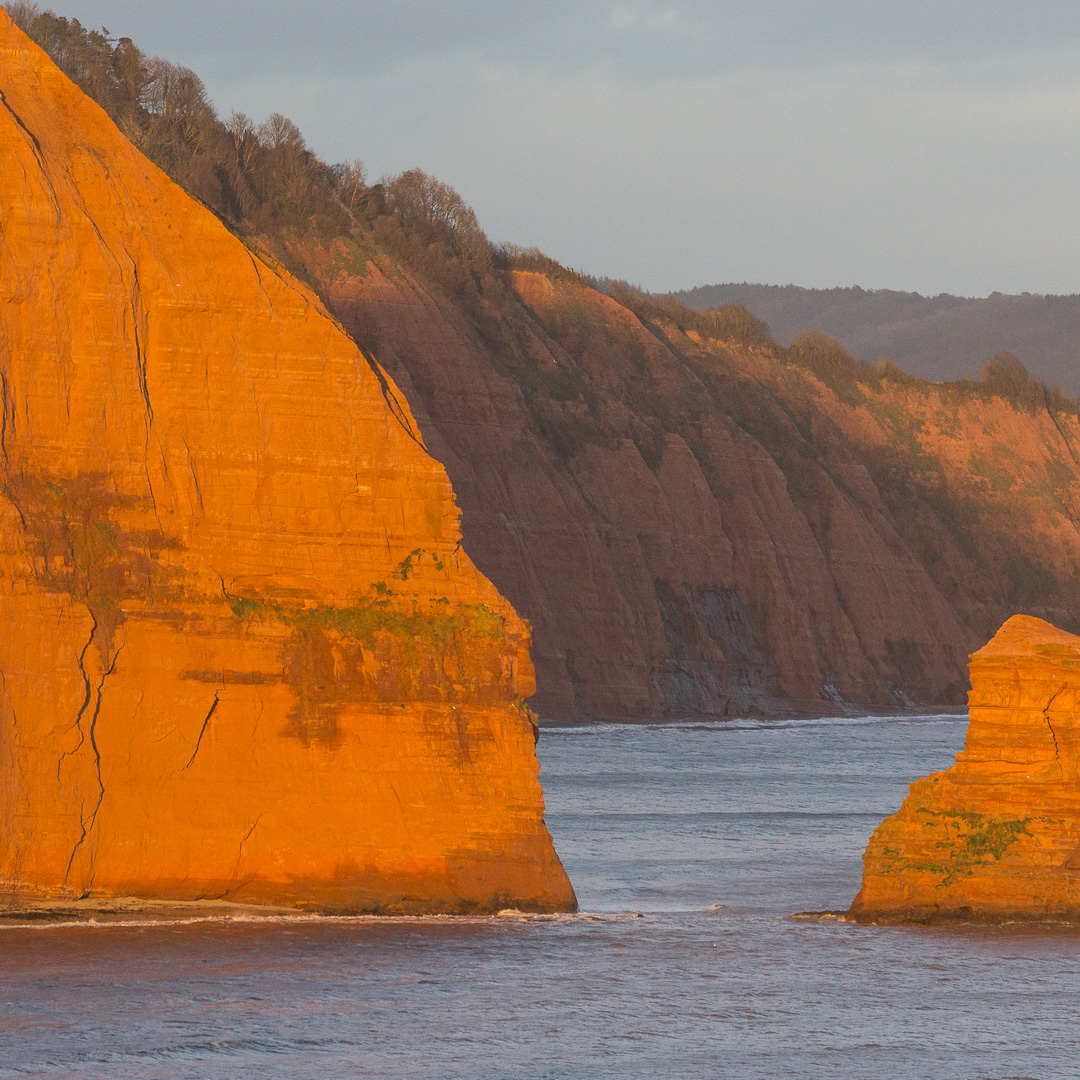